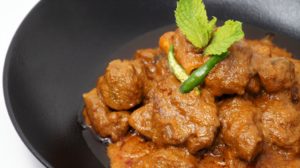 Indian Cuisine branches out into various age-old regional cuisines, and Hyderabadi cuisine is one of them. One word that pops up with the mention of Hyderabad is Biryani. Hyderabadi food is much more than Biryani and Haleem. Ever heard of Pasanday Gosht? An exciting Hyderabadi royal dish which was known as Asif Jahi Pasandey in the royal kitchen because of the first Nizam, Mir Qamaruddin’s love for this dish.

The Nizams ruled over Hyderabad for seven generations. They were great connoisseurs of food who followed a tradition of elaborate 10-course meals every day. Hyderabadi cuisine is a hybrid of foreign cuisines moulded as per culinary preferences that led to the creation of unique derivative cuisine which surpassed the original forms.

Pasanday Gosht was originally a Mughlai recipe. It is one dish that remained unchanged in Hyderabadi Cuisine which is popular on both sides of the continent with slight variation in its name. Pasanday Gosht is considered as food for celebrations. A must preparation on social occasions, parties and especially during festivals.

Gravy or Salan is the basis of Hyderabadi cuisine. Pasanday Gosht is a rich gravy based dish made with tender goat and special ingredients, carefully chosen and cooked to the right degree. It is steeped in a rich blend of fragrant herbs, spices and condiments that give this dish its base. The mystical combination of ingredients, the cooking technique gives it a unique taste and texture. It entails roasting, fine grinding, several hours of marination and a slow cooking process.

Book a table at Samudhra to experience the joy of royal repast. We are excited to add this regal dish Pasanday Gosht to our well-curated menu with classic Indian food options.

I do trust all the ideas you have offered to your post. Clary Clarence Goodwin 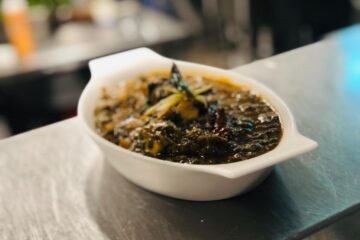 As we enter in 2021, it’s significant for two reasons, it is the start of a new decade and it brings the hope of freedom from the horrors of the pandemic. Every ending Read more… 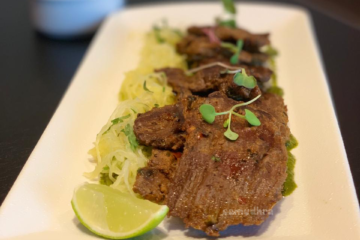 Add flavor to the holiday season with festive Indian fare! With the holidays upon us, Christmas food is everywhere, from festive treats in restaurants to delish baking aromas from homes. We must admit that Read more… 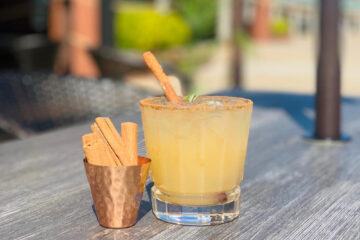 Fall Cocktails to fall for this season in New Jersey!

Fall Cocktails to fall for this season in New Jersey! As summer fades into the rearview mirror, and before we think about cinnamon and mistletoe, there is another great holiday to greet. Fall comes Read more…